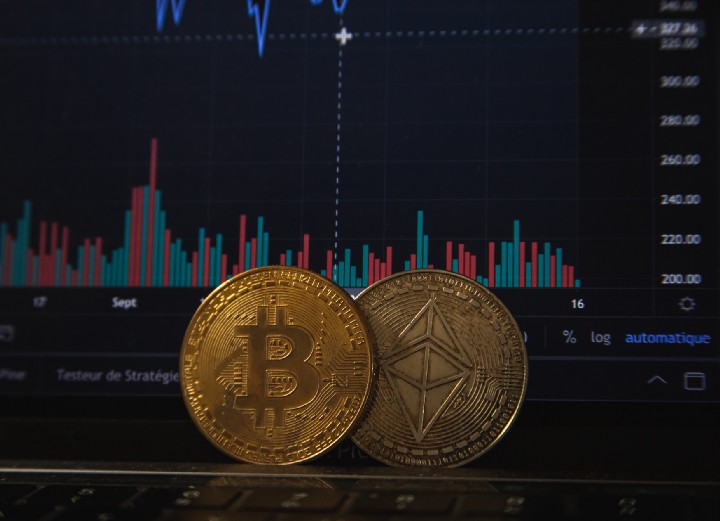 If you think of your typical modern experience with money, it basically involves signing up for an account with a financial institution (or several), then giving them your money or other liquid assets to manage on your behalf. You’re then able to make transactions in the real world either using cash, card transactions debited to your account, or credit purchases secured with the perceived value of your total assets and financial history (creditworthiness). Things have operated in a similar fashion (albeit perhaps with less paperwork) for almost as long as civilizations have existed, tracing back to Caesar’s ancient Roman empire. Developments in the process have been added along the way as new technologies arose, with the most recent widespread emergence being the internet and chip mechanics. Technology has not stopped developing however, and neither should the way we handle our finances.

How Blockchain Has Changed the Landscape

The latest technological development to take center stage has been the Blockchain. In a previous article, we’ve discussed how Bitcoin and other cryptocurrencies were born out of Nakamoto’s whitepaper and it is now disrupting all industries at once. Easily, finance was the first to be truly impacted, as what Nakamoto created was a method of completing and recording digital transactions using code, in much the same way as one would have done with a liquid asset. The progeny industry — Fintech — has emerged from the wave.

In all this, the underlying structure of the Blockchain continues to find uses in all arenas. What is not yet clear is how exactly these applications will be monetised and developed for future use. Let’s dig into some of the pros and cons of the cryptoeconomy to uncover how a financial model can be created.

Benefits of the Crypto Economy

In relation to the previously described financial systems we have grown used to, crypto presents some strong upgrades in terms of transparency of fund processing, safety & security and cost & time effectiveness. The decentralised nature of the transaction ledger means that operations are not completed within an organisational black box. All contributors on the chain will have a record of every completed transaction and follow a very clear system for validating them. Thanks to the same decentralisation, the chances of fraudulent access to a system remain very low, as a hacker would essentially have to rewrite the transaction sequence on each node on the blockchain server.

It has been proven that a significant amount of time can be saved on blockchain transactions as compared to using standard processes. International trade credit clearance procedures which have been known to take up to 7 days of processing, were completed within one hour using smart contracts, which also removed the risk of manual error in paper reviews. McKinsey recently completed a study of banks that showed blockchain technology can help reduce operational costs by USD$13.5–15 billion each year, and annual cost of risk by up to USD$1.6 billion. These are very good numbers to help consider how blockchain might perform in the future.

On the flip side, and as with any new technology, many questions have been circulating around blockchain’s suitability to manage the global economy. Citing possible issues like gas costs, transaction efficiency due to excessive decentralisation and lack of regulation. Let’s not forget that in every round of implementation of new technology, the questions of regulation, efficiency and security are sure to come up. Nonetheless, concerns must be addressed in order to complete a valid analysis.

While speed of blockchain transactions does indeed decrease with additional nodes in the blockchain (greater decentralisation), this also heightens the security of the system as there are more independent checks being done. Regardless, as current studies have shown, even a highly distributed ledger transaction can be completed in significantly less time than the more manual processes that are done without the blockchain. Critics of the system’s innate safety mechanisms have suggested that a certain level of centralisation may still be needed, as a way of providing back checks. Some entities have realised the validity of this, and have banded together to help develop stronger systems. A great example is the R3 consortium, which consists of over 40 of the world’s leading financial institutions. One of the greatest and possibly most expected pushbacks to developing a full crypto economy has been the argument that banks and other financial institutions will lose customers and be pushed out of the market. Although this outcome is not foreign in industries where the incumbent market leader is unwilling to adapt to contemporary changes, the institutions are instead encouraged to create use cases for the technology in their operations.

Mapping Value to the Data

Many large companies have seen the potential and decided to put resources behind the research and development of new blockchain applications. IBM has for quite some time been developing opportunities in numerous sectors. The software solutions company MicroStrategy Inc is another that has been using these applications and also offers crypto-oriented stocks for investment. Even Goldman Sachs has recently created a patent for transaction settlement using blockchain. More globally, the People’s Bank of China continues to do its own research into blockchain and even the IMF has published reports on digital currency.

With any company or system, the key to developing a sound financial model lies in a thorough analysis of historical data, leading to informed assumptions that can be used to forecast future performance. By pulling together the theories, outcomes and findings of a wide swath of ongoing research into blockchain applications, we can begin to chart possible futures for use and develop strategies to get there. By monetising the benefits achieved through its use, we begin to unravel and illustrate the ways in which a crypto economy can directly and indirectly generate income for businesses and institutions across industries.

In summary, to realize the full potential of this emergent field, we must continue to utilize and experiment with it, and learn from it as we move forward. We cannot ignore the benefits that are being seen now, however intangible they may appear to be. Instead, ongoing analysis must be carried out to determine how to improve the future.