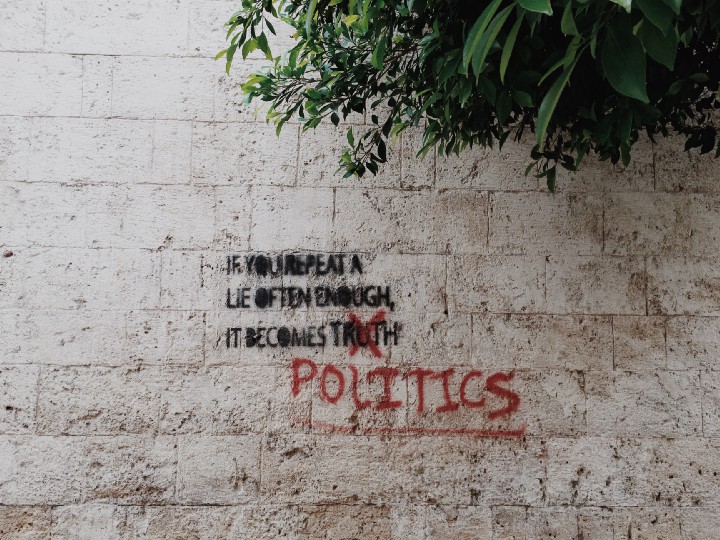 Technology has found its way into all aspects of society, and there isn’t much we can do to avoid it. Banking, Healthcare and Communication are some of the most significant sectors using new technology in today’s economy. As a society, we try our best to incorporate new technology into every aspect, especially given our situation since the onset of the global COVID-19 pandemic. Therefore, it is no surprise that Blockchain is slowly but surely finding its way into all facets of our society. In this article, we are specifically going to speak about Blockchain in the realm of politics.

Now before we start, the word Blockchain may be one you’re used to hearing, but not one you understand. If you’re confused, it’s time for some clarity.

Blockchain has been described as “<ahref=”https://github.com/CodeChefVIT/resources/blob/master/Blockchain/BLOCKCHAIN.md” target=”_blank” rel=”noopener ugc nofollow”>a system in which a record of transactions made in bitcoin or another cryptocurrency becomes maintained by several users across several computers linked in a peer-to-peer network.” Because of the process by which the system records information, it makes it nearly impossible to change, hack, or cheat the system. Blockchain is essentially a digital ledger of transactions that is duplicated and distributed across the entire network of computer systems on the Blockchain. Each block in the chain contains several transactions. Every time a new transaction occurs on the Blockchain, a record of that transaction becomes added to every participant’s ledger. This type of database managed by multiple participants is known as Distributed Ledger Technology (DLT).

Currently, the finance sector is the most significant user of Blockchain, however it is quickly starting to be implemented in other areas like healthcare, contract development and personal identification. Politics is one establishment where its application is greatly anticipated and deserves close observation.

Why would we want to put Blockchain into politics?

To put it simply — security. The system of politics, no matter which country you are in, has had some questionable ethics and safety practices over the ages. Given what we’ve discussed about Blockchain thus far, its capability to guard the integrity of elections with minimal physical reinforcement is one of the most appealing reasons for its use. The Electronic Voting Machine (EVM) ballot system created and used in India has been banned in many other countries due to the high risk of being hacked. Even in a country as large and progressive as the United States of America, there is no formal, ubiquitous system for voting in any elections. Each state is responsible for setting up their own system, which often results in questionable security measures. With Blockchain technology, there would be little to no concern of voter fraud, since each vote would be recorded on numerous devices across the network.

The tech has already been placed on observation in some election systems. Japan, Russia, and Sierra Leone have all run successful blockchain-based polls. With this system, a voter receives a “coin” (a chance to forge a vote) and a “wallet” (a variety of user symbols). The voter’s identity is then verified via biometric tools, like a fingerprint or iris scan, before they are allowed to make their choice from a personal mobile device. Voters who are verified would then be ready to forge their votes electronically into a blockchain-based ledger, where their ballot would stay secure and transparent while maintaining the obscurity of voters and results, which might be kept in numerous nodes. Every recorded vote then forms a part of a sequence of votes which are then sent to third-party participants who have committed to a particular set of rules for the processing of transactions at intervals of a blockchain to aid in verification of the votes. This third-party verification network could be a cluster of freelance corroboratory actors both locally or internationally, such that no single person will be able to modify any voter information themselves. In short, the recorded votes are going to be remarkably secure.

How Blockchain will improve politics

Lower cost of having elections — Running an election, including paying poll staff and securing locations to have the polls, is costly. By having the votes on the Blockchain, the respective electoral office would save all of these costs.

Increase in elector engagement — Despite their eligibility and possession of an elector registration card, too many voters still do not vote. The explanations are varied, ranging from long queues as we mentioned in the first point, to apathy, not having the time etc. Choosing to use Blockchain can help overcome all these barriers instantly. By enabling e-voting from smartphones or desktops, voters will be ready to forge their vote from any place at any time while the polls are open. By moving voting to the Blockchain, there should be an increase in voter engagement and thereby, the people’s voice can be represented on a better scale, creating a more robust democracy.
Variety of political applications — Blockchain does not have to be restricted to elections. Once it is incorporated into alternative governmental bodies and functions, multiple interactions between the government and the public can become more direct and secure than the present frustrating and puzzling procedures. Online polls can be held in addition to in-person town halls, feedback can be gathered and payments or other governmental services can be managed remotely.