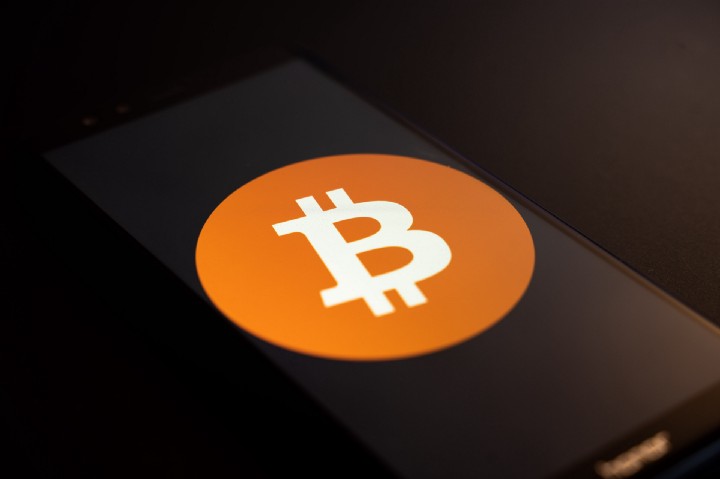 Home » Converting Common Business Models Into Blockchain: How a Whitepaper Paved the Way to Change the World as We Know It

Converting Common Business Models Into Blockchain: How a Whitepaper Paved the Way to Change the World as We Know It

The world undergoes continuous change, often occurring in waves as new industries (recently — technologies) are developed, tested, widely accepted then universally implemented. This has happened throughout history, from prehistoric times through the stone, bronze and iron ages, to the industrial revolution and so on. According to the Kondratiev Wave theory (a hypothesis about the cyclical nature of the modern economy), we are now approaching the end of the second phase of the Scientific-Cybernetic revolution. The third phase is expected to persist from the 2030’s through the 40’s and to be pervaded by a “revolution of self-regulating systems”. This prediction isn’t too hard to believe and will likely make some more sense once you get to the end of this article.

People and businesses have always had to adapt and evolve in order to keep up with constant, inevitable change, and those who have failed to do so over the years have been unceremoniously ushered out of the frame in a ‘survival-of-the-fittest’-type demise. The latest major change to enter the arena is that of the Blockchain. First introduced to the world in 1990 by researchers Stuart Haber and Scott Stornetta, the concept of Blockchain was then revitalised through Satoshi Nakamoto’s whitepaper in 2008, which expanded on the original ideas and turned the <ahref=”https://www.javatpoint.com/history-of-blockchain#:~:text=The%20words%20block%20and%20chain%20were%20used%20separately” target=”_blank” rel=”noopener ugc nofollow”>block chain into the backbone of the digital currency we know as Bitcoin and by extension, all other Cryptocurrencies in circulation today. This paper signaled the start of Blockchain’s takeover of the Fintech industry, which showed the most immediate promise for successful application. As companies began to work with it more and more, truly understanding its disruptive potential, the focus began to shift.

What Exactly Did This Whitepaper Create?

“Bitcoin: A Peer-to-Peer Electronic Cash System” is the title of the whitepaper authored and released by the mysterious Satoshi Nakamoto in 2008. Coming at the peak of what has been the world’s largest financial crisis since the Great Depression, and perhaps fueled by the significant mistrust of modern banking systems and government that this created, the author breaks down in nine pages the framework for a new digital currency system that didn’t rely on banks to facilitate transactions, or governments to create and disseminate the currency. Bitcoin is revolutionary as a financial exchange system because it completely eliminates the need for intermediaries in digital currency transactions.

You may not immediately see the importance of this, so let’s break it down in common terms. When physical money is spent, there is an obvious change of hands involved. You take a five dollar bill out of your pocket and hand it to a store clerk, at which point you now have $5 less cash, and they have $5 more. The transaction is complete. In digital spending, let’s say you purchase a $25 chair from Amazon. There is no physical cash being transferred over the internet. When you submit that order payment, some third-party (typically, your banking institution) needs to confirm that $25 has been removed from your account and added to the Amazon seller’s account. Otherwise, you would still have your $25 and the seller would be ripped off.

There is a cost for this work to be done in validating these transactions (often termed as ‘convenience fees’), which can make the cost of completing smaller digital transactions impractical and unsustainable. With Nakamoto’s Blockchain framework for Bitcoin, such transfers of currency are recorded and validated using automated code on a peer-to-peer decentralized network, completely doing away with the need for a bank to monitor physical cash transfer.

Where Else Can Blockchain Be Used?

While this whitepaper was focused on finance and birthed what we now know as the Cryptocurrency industry, businesses and eager computer scientists continue to find applications for Blockchain in numerous spaces. As noted above, one of the most unique features of Blockchain is the elimination of the middleman. The decentralisation that it offers allows for actions to be carried out independently, with no checks or authorisations from designated third-parties. This is because the nature of the system already includes a built-in “inspection” of each new transaction by not just one, but a majority of the already numerous ‘nodes’ or users in that system. This can be thousands or millions of users that have to mostly all agree that a transaction occurred, as recorded, before it can be made gospel. That said, I’m sure we can all think of one or two processes in our life from which we would like to cut the middle man.

There are certain spaces outside of and adjacent to the financial realm which offer a practical entry point for Blockchain application. Specifically, those which conventionally require an intermediary to facilitate or validate the process. These can be placed in at least four buckets, into which a variety of sub-categorical businesses may fall. Digital Currency of course would be the first, then Record Keeping, Securities and Contract Execution. Let’s dig into each of these a bit more to learn what they are and how exactly they can be changed.

Perhaps the most obvious, and definitely the most talked-about and advanced application — managing currency is a great way to use the strengths of Blockchain. As previously described, in conventional banking, commerce and money-transfer, when transactions are made they must be recorded and checked by a third-party or central bank system. If that central system is attacked and corrupted, records can be wiped away. Alternatively, if someone is able to get their hands on enough of an individual’s or an organization’s security information, they can gain access to all funds in the transaction. This type of fraud is made nearly impossible in Blockchain systems because of the high level of cryptography and the extent of the network nodes typically involved. It is widely argued whether or not Blockchain is truly immutable (and that may be a discussion for another day) but at the very least, the process makes it extremely difficult to trick the system and serves as a significant deterrent from even wanting to attempt such a thing. Digital currency can, by extension, have far reaching influence on many industries, most notably peer-to-peer (P2P) lending, e-commerce and remittances.

As an extremely dull, very standard and continually expansive task that is needed by every modern corporation, record keeping stands to benefit greatly from the transparency, credibility, regulations and security that is built into a Blockchain system. It enables error detection far more efficiently than the average database would, and can essentially create a self-auditing system with strategic distribution of user nodes both internal and external to the organisation.

All public stock market, bond and security exchanges today require a broker to facilitate trading for the average person. With Blockchain technology, stocks and equity can be made digital and therefore easily transferable over the network.

Binding agreements between parties are made daily around the world in every single line of work you can imagine. In many instances, work to be done cannot be initiated until some sort of contract is drawn up, reviewed, agreed to, and formally signed or executed. This process can be made much more efficient through automation on the Blockchain. Smart Contracts have been developed from this technology and are essentially digital systems that are set

Most real-world applications would likely fall at the intersection of two or more of these groupings.

In Healthcare, many countries and organisations are looking to validate the health and immunisation status of their employees. Health centres and agencies can provide secure records of this information as legally needed, and it may even be cross checked as criteria for execution of a smart contract.

In Media & Entertainment, contracts are important for protection of artists and their creative work, while direct distribution (removal of middle-man agencies) can greatly reduce production costs and increase efficiencies, thereby raising profits.

Also, in Travel & Transportation, car rentals and hotel bookings can be made quickly and easily with the help of smart contracts and digital currency transfer.

This is just the tip of the iceberg when it comes to what industries can be disrupted and improved by Blockchain.

Where Are We Now and What’s Next?

As you can see, Blockchain has the capacity to reach deep into the very premise of multiple standard business transactions. Its broad application potential and the speed with which both larger companies and smaller startups are already testing its limits makes it possible to believe that by the end of this Kondratiev phase at the turn of the half-century, a critical mass of entities around the globe will have attained self-regulation status.

Quite a few companies have already gone deeply into developing Blockchain for their industry. There’s currently a top-41 list, some of which you may know well and others, maybe less so. A few examples are OPSkins (E-commerce & gaming), IBM (IT, Software & Computing), Civil (digital media & journalism), Netki (E-commerce) and Bloq (software development). These are the leaders in their fields who will likely soon have competitors scrambling to catch up or be at risk of becoming obsolete. Regardless, the wave continues. It may be time to start looking at your business model to consider how Blockchain may work for you.