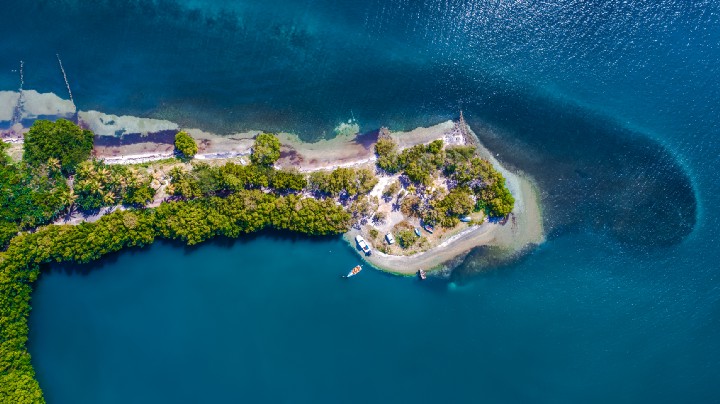 Home » The Evolution of IoT, from Smart Cities to Smart Islands.

The Evolution of IoT, from Smart Cities to Smart Islands.

Over the past couple decades, our lives have become increasingly more integrated. From smart phones that allow us to read our email and also store dozens of pieces of information about all the people we know, to security systems that can sense the motion of an intruder and trigger cameras to record activity or set off an alarm, to smart speakers that can tell us the weather, read our email aloud, control said security systems and turn on the lights for us when we get home. In this day and age, efficiency is everything and at the root of all these expanding capabilities are three little letters: I, o, T.

What is IoT and How Does it Work?

So what is this sorcery, you ask? The Internet of Things (IoT) is an ecosystem of connected devices that exchanges data over a wired or wireless network. The concept has been around in some format since the early 80’s, but the term ‘Internet of Things’ was only coined by Kevin Ashton in 1999. In essence, it allows us to capture various data points across the world, analyze and interpret them, then use the information gathered to perform different tasks. This process can be described as having three system layers which make it functional. These are the Physical, Edge Computing and Application Layers. To better understand what they each do, we’ll use an example of an automatic irrigation system.

The Physical Layer consists of an array of devices that can collect data. These may be a sensor, a microchip or RFID, a camera, or your very own smartphone. The devices perceive elements in the world around it and transmit them to the next stage for processing. In our example, this would be a series of moisture sensors placed in the soil of a field to be watered.

In the Edge Computing Layer, processing of these individual data points begins. The data is broken down, organized and matched with data from other devices so it can be transmitted to the correct network. Imagine it as creating a list of the moisture content values detected by our sensors and sorting them by location in the field as well as their distance from each other.

This grouped data is then sent to the network or the Cloud where the Application Layer, a series of end-user services, allow us to execute actions based on the acquired information. For our case, this can be graphical charting of the change in soil moisture over time, or an app that is set up to turn on the sprinklers once the overall moisture content drops below a specified level.

IoT’s Succession to the Main Stage

In 2008, the first international conference on IoT was held in Zurich, Switzerland, marking the start of concerted efforts by professionals to work together on developing this growing technology. It was around the same time that IBM began a project to see how sensors, networks and analytics could be used to solve problems on an urban scale.

From then on, countries across the globe began implementing smart systems and strategies to develop their cities into smart ones by specific target dates. The US and EU started in 2009, Japan in 2010, Spain in 2012, China and England in 2013, Italy in 2014, India in 2015, and on and on.

According to a 2011 white paper released by Cisco Internet Business Solutions Group, by the year 2009, there were more devices connected to the internet than the number of people connected. 2011 was also the year that the Internet of Things showed up on the Gartner Hype Cycle for emerging technologies.

So what does a “Smart City” do anyway? A Smart City is defined by TWI Global as one that “uses a framework of information and communication technologies to create, deploy and promote development practices to address urban challenges and create a joined-up technologically-enabled and sustainable infrastructure.” The IoT plays a big role in this by actively gathering information from the city and helping governments observe the way that citizens interact with it. This creates a feedback loop which then enables a quick process of iterating and fine tuning solutions for urban needs. Consider the city of San Diego in California, which uses sensors to optimise traffic flow and parking, thereby improving environmental efficiency and public safety. Or Barcelona, Spain, where the transit system includes smart bus stops with free Wi-Fi and USB ports, a bike-share program, and a smart parking app that accepts online payment. Even Singapore, a country barely double the size of Grenada, is a world-leader in smart city development, using thousands of sensors to monitor and help regulate everything from waste management to public event attendance.

But can it work on islands?

These metropolises are not the only ones that see the benefits of implementing smart strategies. The Samoa Pathway report, issued at the Third International Conference on Small Island Developing States (SIDS) held in Samoa in 2014 noted that “access by Small Island Developing States to appropriate reliable, affordable, modern and environmentally sound technologies is critical to achieving their sustainable development objectives and in fostering an environment that provides incentives for innovation and entrepreneurship and that science, technology and innovation are essential enablers and drivers for sustainable development.” A large focus of this conference revolved around the availability and affordability of ICT (Information and Communication Technology) networks throughout the 52 countries and territories making up the group of SIDS. Significant progress has been made on this front across the small islands since the 2014 conference. Mobile broadband coverage had risen from 50% of the SIDS population in 2014 to 85% in 2019, while the cost of mobile data dropped from being 15% of total Gross National Income (GNI) to 8%. Regional regulatory bodies, such as ECTEL (the Eastern Caribbean Telecommunications Authority) have been set up to help recommend policies, procedures and guidelines in key areas surrounding ICT development within their member states.

Islands, as the countries which feel the brunt of climate change effects due to their geographical isolation, lack of resources and extensive coastlines, stand much to gain by arming themselves with integrated data collection, analysis and response systems in all aspects. Even here in Grenada, local companies have been working towards the incorporation of sensor technology to track things like water consumption and weather patterns.

At this point, the main constraints facing island development are digital skills and awareness along with financial and human resources. Projects like the Smart Islands Initiative led by the EU are focused on improving island life through “sustainable, integrated solutions that make the most out of islands’ competitive advantages.” Focused on the islands surrounding Europe, as well as the EU’s outlying island dependencies, the Union sees small islands as the perfect petri dish to test multiple projects in resource and infrastructure management which can later be transplanted into mainland mountain regions or scaled up to the typical urban context. This all shows that, given the right amount of attention and financial support, island states too can become global leaders in the IoT era.

So what’s next? As multinational organisations continue to emphasise Small Island development and as governments begin to prioritise technological advancement, island populations must prepare both their ICT workforce to help develop and manage the technology, as well as their collective mindsets to adapt to the societal and infrastructural changes that will come with IoT implementation. Progress is consistent, and the future is integrated.