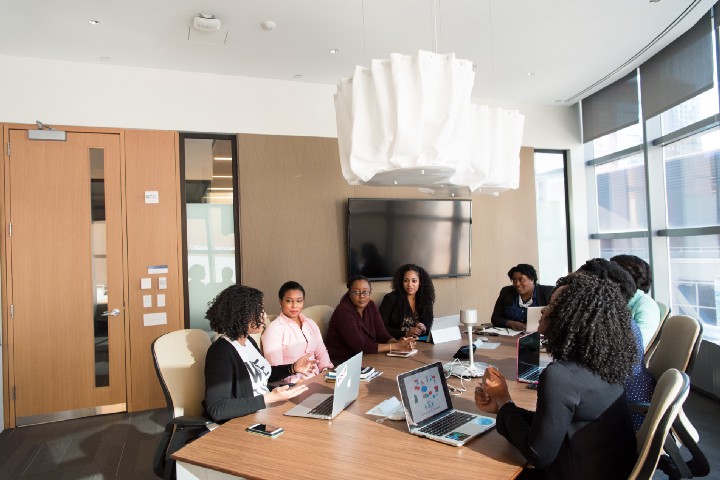 Home » The Impact of DAOs on Business

The Impact of DAOs on Business

With the advent of Web3 and the rapid adaptation of every aspect of life to this new paradigm, there’s no surprise that the very core of our work lives is also up for a remake. With changes to the way currency is created, to the way we make exchanges, right down to the very elements of the items we exchange and give value to, the logical next step would be to develop a new way of conducting the business of creating and providing value.

What Is a DAO?

DAO is an acronym for a Decentralised Autonomous Organisation — the blockchain or Web3 version of a corporation. Before we get too far along, it is important to note that the generic title DAO should not be confused with one of the first examples of its existence, The DAO, which was involved in and in responsible for the notorious fork of the Ethereum ledger into Ethereum and Ethereum Classic. In general terms and as intended for our purposes, a DAO will be used to mean a system created by an alliance of users to achieve a defined goal, mediated by the implementation of smart contracts built on a blockchain system and not solely managed by a central entity.

Instead of today’s standard corporate structure, where there is generally a hierarchical chain of command and the head of the company makes the final decisions on what gets implemented or changed, in a DAO, the entire community of members is involved in a type of group ownership with democratic governance. Each member owns a token that allows them to participate and to vote on new proposals. The underlying code of the smart contracts is set up to execute in alignment with the organization’s predetermined goals and values once the requisite steps are completed. All funds — or the alliance’s treasury — are held securely on the blockchain and disbursed automatically as governed by the contract code and by group vote.

Why Traditional Companies Are Overdue for Change

There has been a lot of talk, especially through the pandemic, about the deterioration of trust within companies. Employers don’t trust that their employees are achieving necessary goals remotely and employees don’t trust that the decisions being made by corporate ownership have their best interests at heart. This has created so much angst and dissatisfaction within the workplace, and it hasn’t been helped by the ongoing global crisis that — realise it or not — is affecting us all both physically and psychologically. Once trust is lost, empires collapse. This has been evidenced by the largest mass exodus of employees from their current jobs in history that we are currently witnessing, dubbed as The Great Resignation.

While the traditional ways of working and making money have been morphing for years, with the introduction of the shared economy and the growth of freelance work in the gig economy, there have undoubtedly been much more significant shifts in recent times. As compared to the previous generation of workers who committed themselves to lifelong careers in a single industry and were encouraged to work their way up the ladder at one company, the Millennials running today’s society are far more interested in doing what feels right and what brings as much value to them as they bring to it. The working class of today is less likely to dedicate their life in loyalty to one organisation, and more likely to go in search of the opportunities that bring meaning and continued learning, wherever they may be. Given the already noticeable differences between Millennials and Gen Z’ers, we can only expect these changes to continue evolving through the next generation. So far, our lifestyles and work habits have always evolved in tandem with our technologies. Keeping that same energy, we have to realise that the rapid upgrades in technology today will continue to fuel the most drastic changes in work culture seen, perhaps, in this century.

The Earning Potential of Our Future (X-to-Earn)

With this increasing preference to follow and develop passion projects rather than commit to a single path for a lifetime, we see more young workers getting involved in short-term groups or activities and developing additional or complementary skill sets to their main career in the infamous ‘side hustle’ culture. The introduction of Decentralised Autonomous Organisations will make it even easier to accomplish just that. DAOs are being developed for just about every purpose under the sun, and often require a variety of professionals to execute. On top of that, their flexible, decentralised nature allows for anyone to get involved with as many groups as their capacity allows and their hearts desire. It’s easy to imagine that once Gen Z students get to ‘work-age’, they won’t be remotely interested in an all-or-nothing career path. Their mark on the world will be making money as they go, however they can at the moment and exchanging their services and creativity for cryptocurrency or in-kind service returns. To help them do this, the multiplicity of ways to earn currency, made easier with DAOs, steps in.

Being described as the X-to-earn model, one can participate in a DAO at numerous levels as a founder, contributor, contractor or token holder, exchanging capital (eg. mined crypto) or labour (eg. writing code) in exchange for payment. Labour-to-earn can be broken down into many other categories. Let’s discuss a few:

Play-to-earn encourages users to engage in game play, using tactics which typically create additional capital that can then be used by others in the game, or sold as a resource outside of the game. One great example is the new Axie Infinity game. Think modern, more hands-on Pokémon. The Axies, or animals in the game, are created, trained, matched in challenges and bred to create new ones. While the Axies can be traded and purchased within the game, they also exist as NFTs that will eventually be able to be used on other platforms as well. The users of the game, not the creators, have full ownership of the entities they create and can benefit from them.

Learn-to-earn is another paradigm-shifting concept where users are taught new skills and techniques and rewarded in currency for gaining this knowledge, as opposed to today’s norm of the student paying to receive an education (be it through a school, online course or other outlet). The idea behind learning-to-earn is that the skill developed will in turn be used to contribute to the DAO community where it was gained.

The need for a judge-to-earn model has developed out of the decentralization that the blockchain is known for. With smart contracts, though most actions can be executed solely through the foundation code, there are sometimes subjective cases that require mediary analysis to confirm that it has been completed. In these cases, DAOs like Aragon Court and Upshot are using compensated judiciary members to find resolution.

Finally, create-to-earn is a concept that we have seen coming to light in the NFT boom. Not only are digital artists able to claim greater ownership than ever before, but musicians, writers and content producers of all kinds have the ability to more or less ‘patent’ their work in the digital space to share and monetize it in ways never seen before.

Will DAOs Take Over From Corporations?

Granted everything we have discussed in this article — the growing lack of trust in traditional companies, the move of upcoming generations away from traditional work culture and the general tendency for society to morph along with technology — it seems pretty obvious that the decentralised business structure will be a huge part of the future. That said, it won’t be causing any existing corporations to shut their doors next week.

What we are experiencing now is the initial wave of interest and experimentation that comes with any new shift in technology. The world is throwing all the spaghetti at the wall to see what sticks. Once this wave has passed, lessons will have been learnt and regulations put into place to address issues that exist. We will move forward with new tools in our box into the next phase of the global economy.

So to answer the lingering question — while DAOs are not likely to ‘take over’ from corporations anytime soon, their mere existence will certainly change the landscape of how we choose to work, interact with other professionals, and make money. It is highly plausible that the possibilities DAOs open us up to will influence new moves in the world of business and may result in an entirely new mode of operation altogether. We’re watching the future unfold right before our eyes, and what a bold new world it’s going to be.