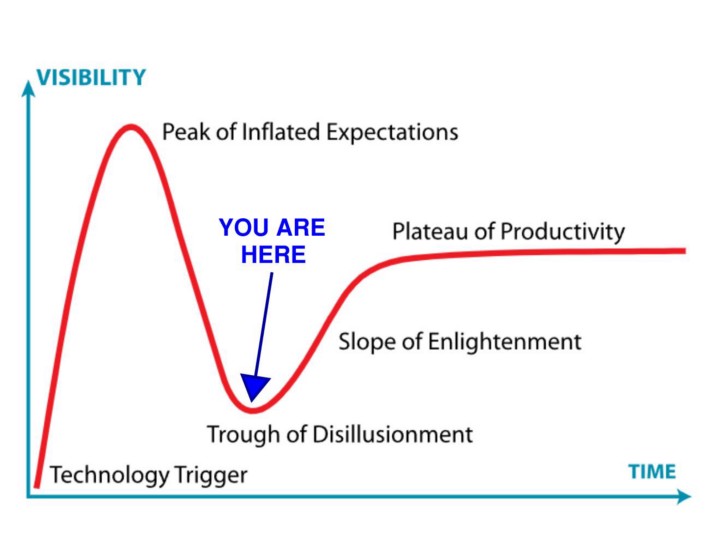 Home » Blockchain » What Does a Market Crash Mean for Blockchain Technology?

What Does a Market Crash Mean for Blockchain Technology?

Bitcoin experienced an all time high in November of 2021 however, the months that followed did not look pretty for this cryptocurrency and many others. They experienced multiple crashes with some, like Terra Luna, losing almost 100% of their value. Cryptocurrency has been the most popular application of blockchain technology, so what do these multiple crashes mean for the technology as a whole? Let’s find out.

Why Is the Market Crashing?

Let’s begin with why the market is crashing or why it crashed in the first place. There are a few factors that can affect the value of a cryptocurrency. The most effective is how an investor feels about them as an investment. This feeling is driven by interest rates, inflation and other macroeconomic factors. At any period in time, some investors may decide that their money should go into something else and take so much money out of the market that you start to see a dip. Read for more if you’d like to know what other factors affect the market.

What Does It Mean for Blockchain?

Let’s begin by saying that this is not the first time the crypto market has crashed. In fact we’ve had a history of crashes in years 2011, 2013, 2017 and previously 2020. We can also take references from the dot-com bubble in the early 2000s just to see how the market normally treats new technology. Here is what the market crash means for blockchain.

When the dot-com bubble burst, many of the companies involved had to lay off workers in order to cut costs. We’ve heard of companies in the crypto space laying off as much as 25% of their employees just to cope with the dip in their revenue due to the crash. Layoffs may be unavoidable in tough financial times.

During the dot-com bubble, many promising companies were forced to cease their operations. Since the beginning of the 2021–2022 crypto market crash many crypto companies have similarly filed for bankruptcy. A few have seen their currencies take drastic loss of value, for example Luna. Some projects have come to a halt, while others were forced to migrate to another blockchain network. Those who remain are doing what they can to survive the crash.

During the 2018 crypto crash, many social media companies censored content that promoted trading cryptocurrencies. In the 2021–2022 crash, many lawsuits have been filed for crypto pumps and dumps. This has led investors to be more careful with who they listen to when pursuing crypto investments. Crypto promoters are also more careful with what messages they convey.

When the dust settles from the crash, most in the crypto community should have learned what works and what doesn’t work. Simply using web3, blockchain or crypto as a buzz word does not work. You need to provide people with proper utilities in the projects. If you have an NFT project then you need to provide holders with proper benefits. If you are trying to build an application, ensure that it does not become a dead project. The stable coins aren’t always stable.

What Does the Future Hold?

The market of new technology has crashed before — just look at the dot-com bubble. Yet we still have many thriving companies that survived to become stalwarts of the industry. Those few were able to learn from their own experiences and from those of others during the crash to create lasting improvements and develop useful policies. According to some investors, the crash is a good thing because it teaches those who need to know it, how to better carry their projects forward in the future and what pitfalls to avoid. We’re at the Trough of Disillusionment on the Gartner hype cycle, next stop — Enlightenment. At this point, we still fully expect blockchain to be the foundation for a flourishing web3 and, based on what’s happening now, the technology isn’t going anywhere.